J is for Joe Batt's Arm 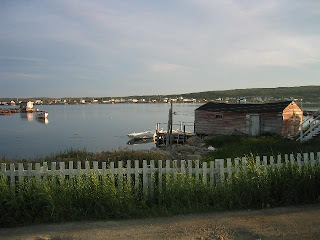 The largest community on Fogo Island, the shores of Joe Batt's were used byt the Beothuk (the native Indians of Newfoundland), to hunt and gather food as well as to rest on their journeys to the Funk Islands, even before the first European settlers.