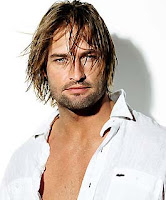 CRAPTASTIC:
When something both sucks and blows; when "fantastic" just can't be said ironically enough; when you're tired of saying, "That's just fucking great"; when you're tired of people saying you're too pessimistic for saying everything's crap so you pep things up with something that at least sounds more optimistic.
example: My class this afternoon was craptastic.

~My instructor insisted on reading a 20 page booklet on our expectations for clinic, which does not start for another month, out load, it took an hour and a half! I could have read the booklet in twenty minutes and spent the remaining hour, then doing something else.

On a sappier note:

Today my parents are married 33 years! AND THEY'VE NEVER HAD A FIGHT..... that involved exchanged gunfire anyways.

So, tonight instead of studying I'm having a drink in their honour! {Honestly, I'm not procrastinating, well maybe just a little}


Now do I practise or do I finish my drink and watch LOST? Could really use some Sawyer. UMMMM Sawyer