H is for Happy Adventure 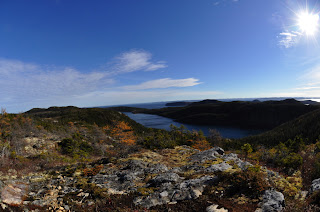 According to local lore, the name,has three possible origins. Some speculate it is a reflection of the joyful experience of the first settlers in finding such a welcoming environment. Some say the community was named to commemorate a ship belonging to 17th century pirate Peter Easton. While other still, suggest the community was named by George Holbrook, a British Admiralty hydrographer who surveyed Newman Sound in 1817 and sheltered in one of Happy Adventure's coves during a storm.


Already had your Happy Adventure? Well what about these other Newfoundland communities:

Labels: a to z challenge, place names in Newfoundland