N is for New Perlican 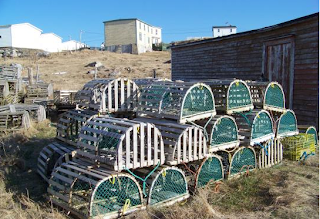 New Perlican is one of the oldest settlements in the province, the town was mentioned by name in correspondence from Thomas Rowley, in 1619. 110 feet above sea level, New Perlican has a population of 188 people.

Happy Birthday to me Mudder!
Posted by baygirl32 at 6:15 AM