N is for Nicknames 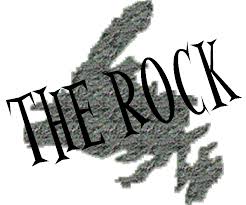 Nicknames are common around the bays,  where there are often a  limited number of family names. Children are often named after relatives, saints or biblical characters, its fairly common to have more than one person in the community with the same name.  So to alleviate the problem, nicknames are often used.  The names are sometimes after occupation - "Carpenter John", sometimes after where they live "John Up the Hill",  certain characteristics "Stunned John", "Small John".  Nickname can also come from a long forgotten incident "Foxy John".

Nicknames are so common, the Island has a nickname - The Rock!

Happy Birthday to me Mudder!!!  (see anothe nickname)
Posted by baygirl32 at 7:49 AM