From the brain of Alex J. comes the Worst Movies Ever blogfest . 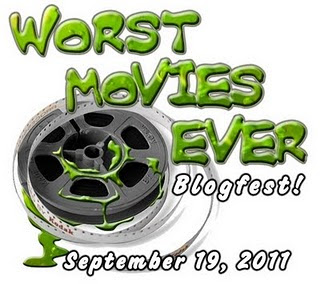 I have seen some pretty bad movies in my time, some of them worse than others. So in no particular order, I give you MY 10 worst comedy movies:


The Love Guru (2008) - staring Mike Myers and Jessica Alba - "If your Uncle Jack helped you off an elephant, would you help your uncle jack off an elephant?"

White Chicks (2004) - staring Marlon Wayans and Shawn Wayans - "Look King Kong. Why don't you take you and your "1980 pick-up lines", climb all the way up to the top of the Empire State building, beat on your big old monkey chest and then jump off? Excuse me."

From Justin to Kelly (2003) - staring Kelly Clarkson and Justin Guarini - "You're the mayor of Spring Break, and she's one-bonnet-shy-Amish!"

Labels: about me, blogfest, comedy movies, worst movies ever