R is for Ramea 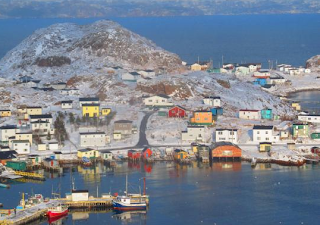 In the early nineteenth century, settlers formed several small independent communities on the Ramea Islands. In the early 1940s, all inhabitants moved to Northwest Island and formed the Town of Ramea, which was incorporated in 1951. The location provided an excellent harbour and was strategic for exploiting the fishery.

If you are here for the A to Z challenge, please leave a link to your site, and I will be sure to drop by and visit.
Posted by baygirl32 at 7:24 AM