S is for Sunnyside 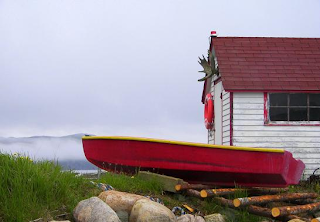 Sunnyside is in eastern Newfoundland, on the Isthmus of Avalon - a scenic strip of land that connects St. John's with the rest of the island. Just 3Km away in Bull Arm, offshore Oil platforms are being built.

It was very tempting for me to pick St. Lawrence(my hometown) or St. Vincent's(my inlaws have a cottage there) or even St. John's(the capital city) but I didn't...
Posted by baygirl32 at 7:36 AM