W is for Witless Bay 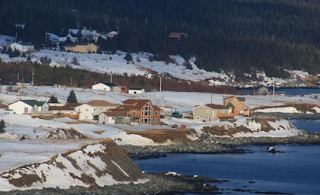 Witless Bay has a human population of 1070, but just off its shores, the Witless Bay Seabird Ecological Reserve is home to thousands seabirds, including the largest colony of Atlantic Puffins, Herring Gulls, Great Black-backed Gulls, Black-legged Kittiwakes, Razorbills, Common Murres, Black Guillemots and the first known Northern Fulmars to breed in Newfoundland. 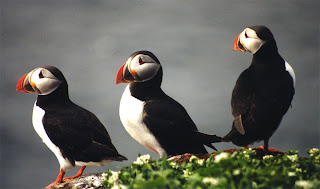 I've taken the Witless Bay Whale and Puffin tour at least 3 times, once I was pooped on by a puffin - the poop was orangey coloured.
Posted by baygirl32 at 7:03 AM