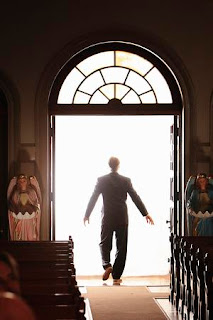 I refrained making any comments to anyone until I could re-watch the series finale. Now that I have seen it twice... I have to say, brilliant!

I've been a Lostie for years, never missing an episode. I've been thirsting for answers for years, and the way they chose to end it, worked. They decided to make the finale about the characters...the passengers of flight 815.

The show was about friends who were linked before they ever crashed. Drawn together by so many outside forces, and who were brought together by themselves one more wonderful time. It gave me chills!

Only change I would have made: Sawyer ending up with Kate.
Posted by baygirl32 at 5:35 PM