203 lives lost. Not by enemy bullets or bombs, but instead to the cruelty of the elements.

The American naval vessels USS Truxtun, USS Pollux, were headed to a military base at Argentia, Newfoundland. In the dark morning hours of Ash Wednesday, the two ships went aground in a ferocious winter storm. Giant waves pounded the vessels and eventually broke them to pieces. The Truxtun was trapped in Chamber Cove and the Pollux about one and a half miles west at Lawn Point. The Truxtun was carrying 156 men and the Pollux 233. 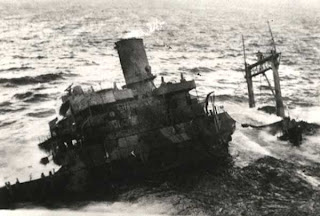 "The water all around us was full of black oil leaking from the ship, and the men that were in the water were covered in it." Lanier Phillips, one the of the survivors recalls.

A makeshift first-aid station was set up, and the women of St. Lawrence worked together to help wash off the oil that covered the sailors head to toe.

"I was lying naked in front of a white woman," Lanier remembers. Back in Georgia, he could have been beaten or hanged for speaking to a white woman - it was unimaginable for him to be naked in the presence of one. "There I was, lying naked as they cleaned the ship's oil from my body.”

He listened as the women spoke about him. They were worried because they couldn't get the oil off his body no matter how vigorously they scrubbed. Lanier realized these women had never seen a black man before. "That's just the color of my skin, it’s not coming off."

After the tragic incident and the kindness that followed, Phillips would never be the same. He wrote to a congressman and the Bureau of Naval Personnel expressing his desire to go to sonar school, something blacks were not allowed to do at the time. He stood his ground when on the first day of class he was told he would fail, and to settle for a promotion to Chief Steward’s Mate. Phillips made it through sonar school with flying colors, becoming the first black sonar tech in the US Navy.

Lanier Phillips never forgot the people of St. Lawrence, Newfoundland — who gave him his human dignity and confirmed his right to the level of respect due to any human being. 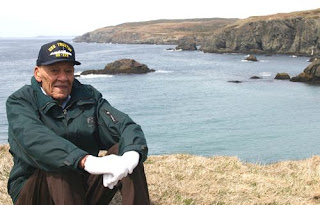 For more information, you can visit: 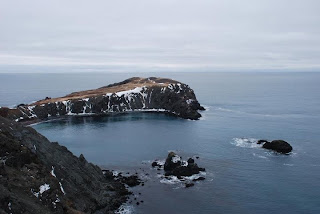