B is for Bonavista 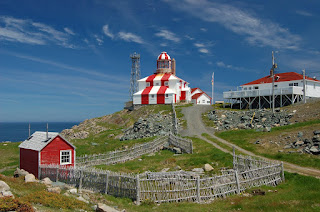 Giovanni Caboto (John Cabot), was contracted by England’s Henry VII to find new lands, and a sea route to the Orient. Cabot set sail from Bristol, England in his ship the Matthew in 1497. When Cabot first saw land he’s reputed to have said "O Buon Vista" (“Oh, Happy Sight!”)