A is for Appleton

Today is April 1st - you know what that means... The first day of the A to Z Challenge! This year I'm taking you on a tour of my island! Without further delay, I bring you the letter A.... 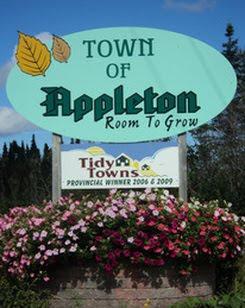 A is for Appleton

Labels: A, a to z challenge, place names in Newfoundland