The Best & The Worst of The Remakes 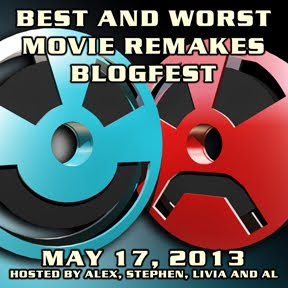 We're all still just coming off the A to Z high, and the Blogging Ninja Alex J is at it again!  This time with the best and worst movie remakes blogfest.

There have been a few really good remakes in my mind from King Kong, to War of the Worlds, 3:10 to Yuma, Brothers and The Magnificant Seven.

There have also been a few too many bad remakes.... The Stepford Wives, Poseidon, Arthur, The Women


What do you think?  Best and Worst?